Co-curated with Dr. Selika Ducksworth-Lawton, Pablo Center gives voice and space to artists exploring issues of racism and intolerance with a focus on the black experience in America.

Statements and biographies are written by the individual artists and are published with their permission. The views expressed are their own. All artwork pricing is set by the artist and is non-negotiable and non-refundable. All artwork sales are by commission with Pablo Center at the Confluence. Your purchase supports our endeavors to present quality visual arts programming that is free and open to the public. Thank you. 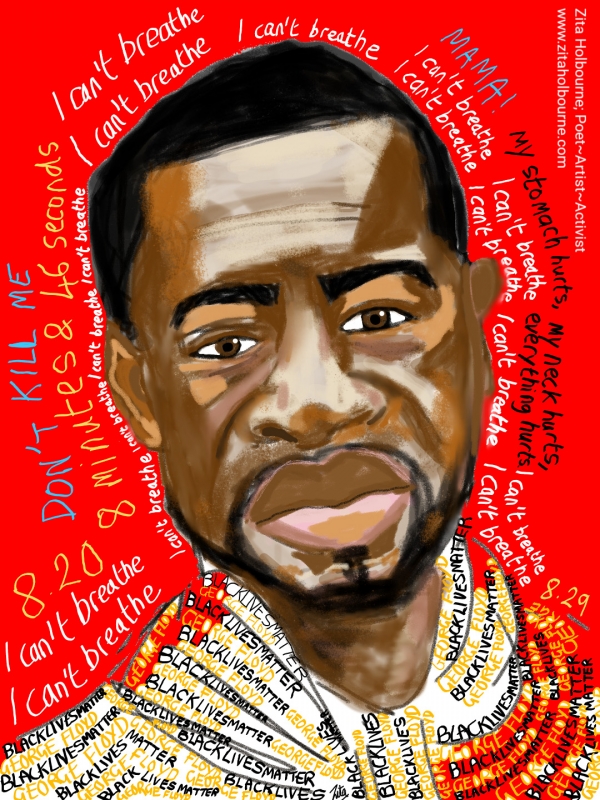 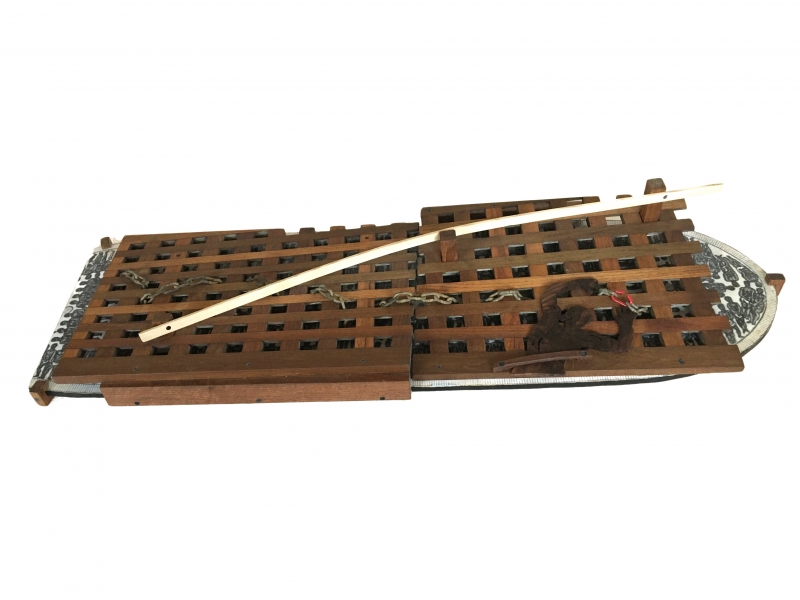 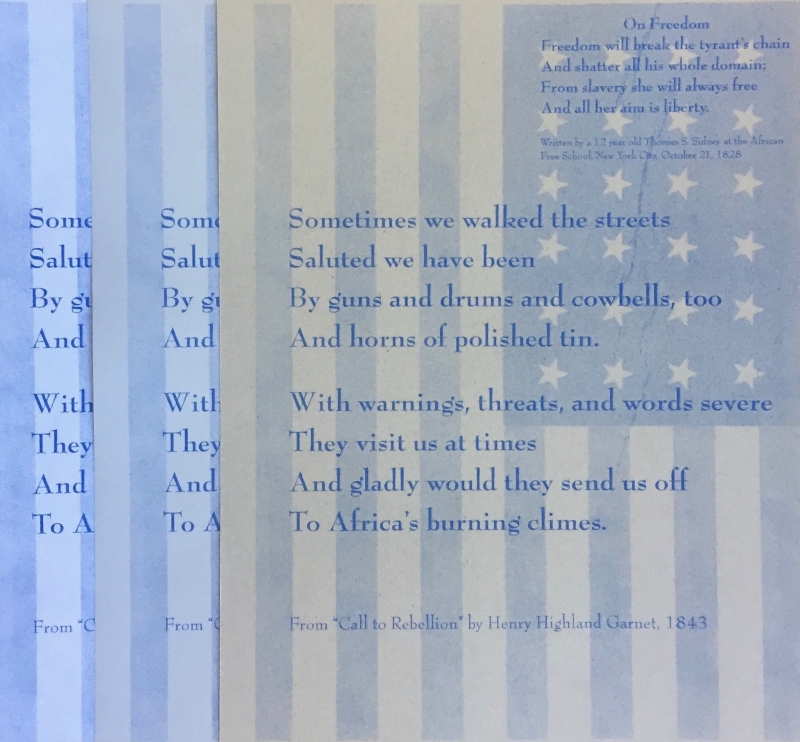 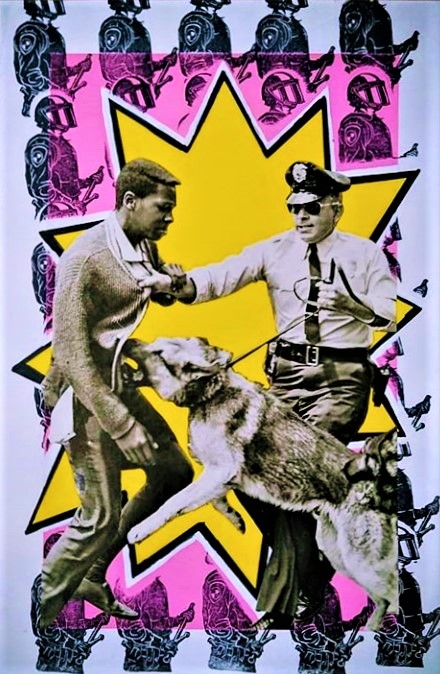 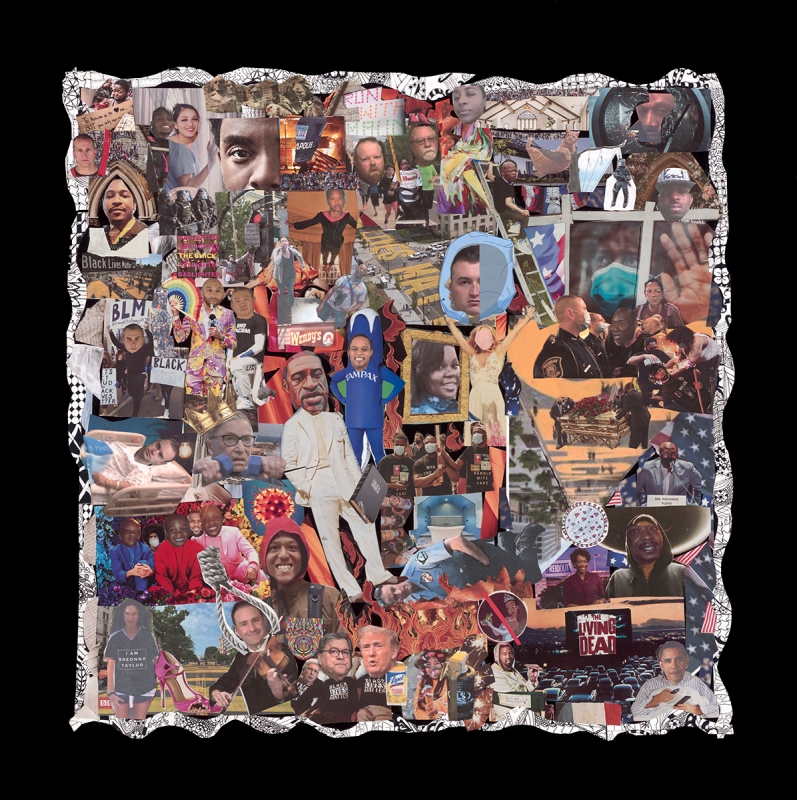 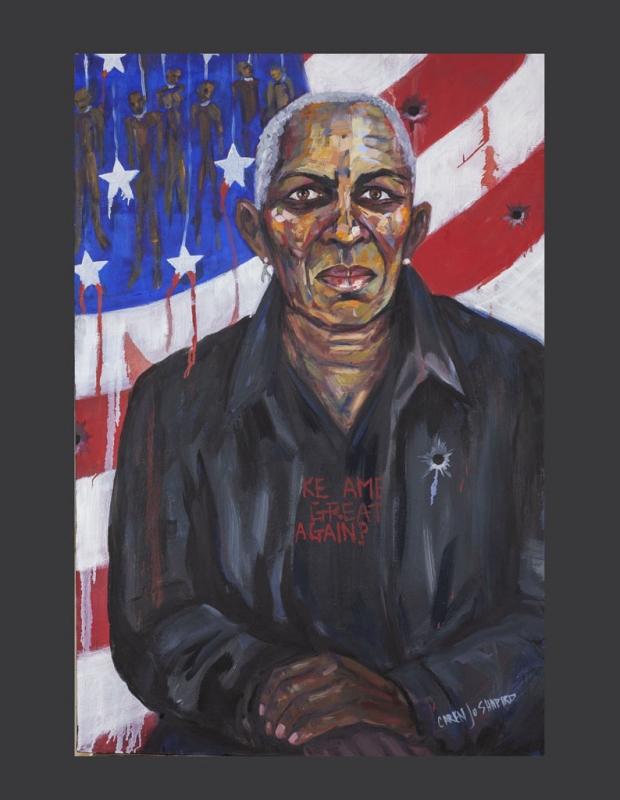 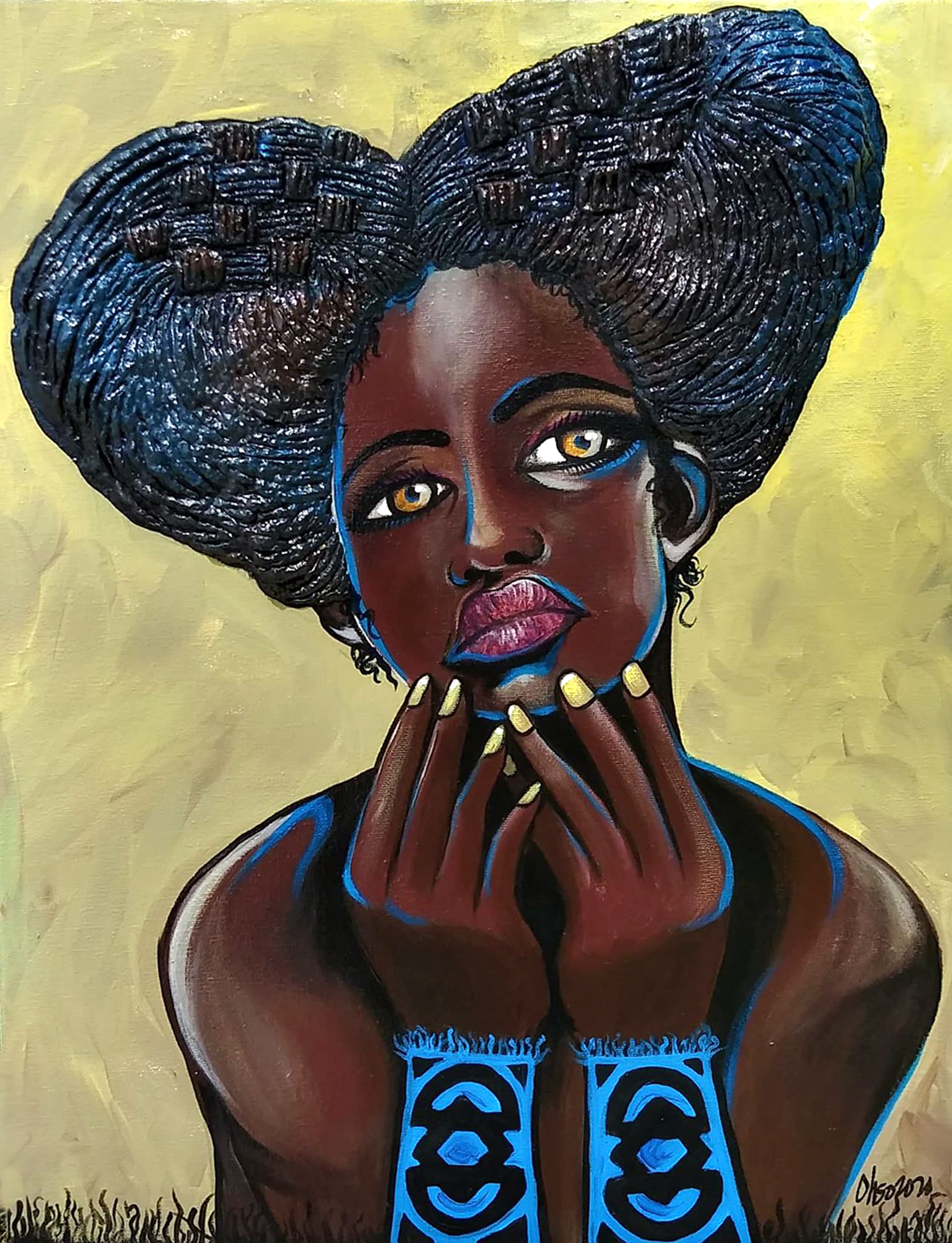 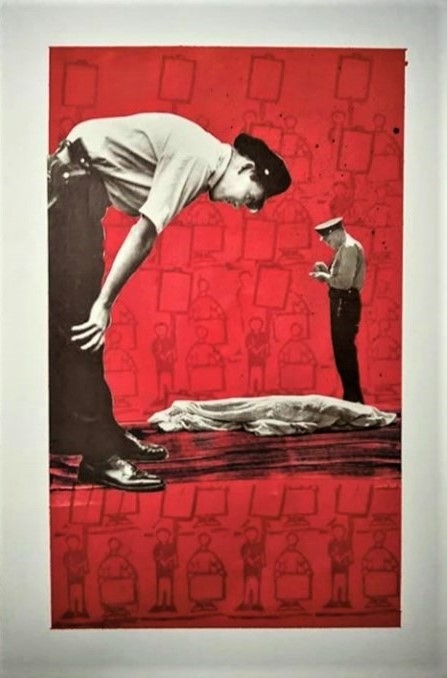 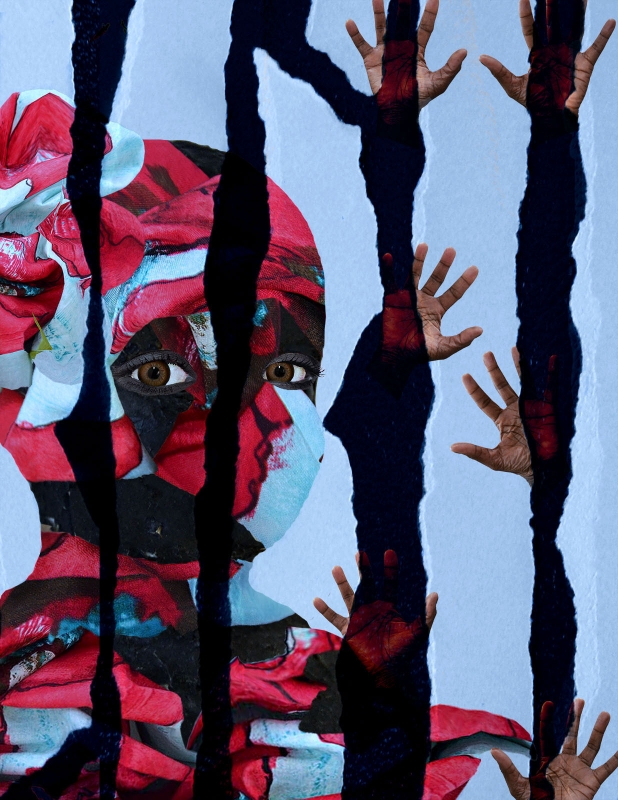 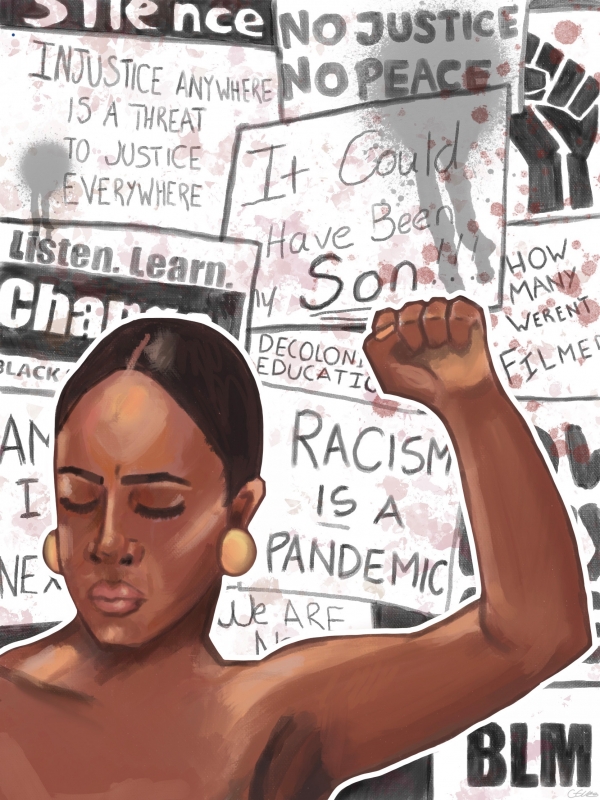 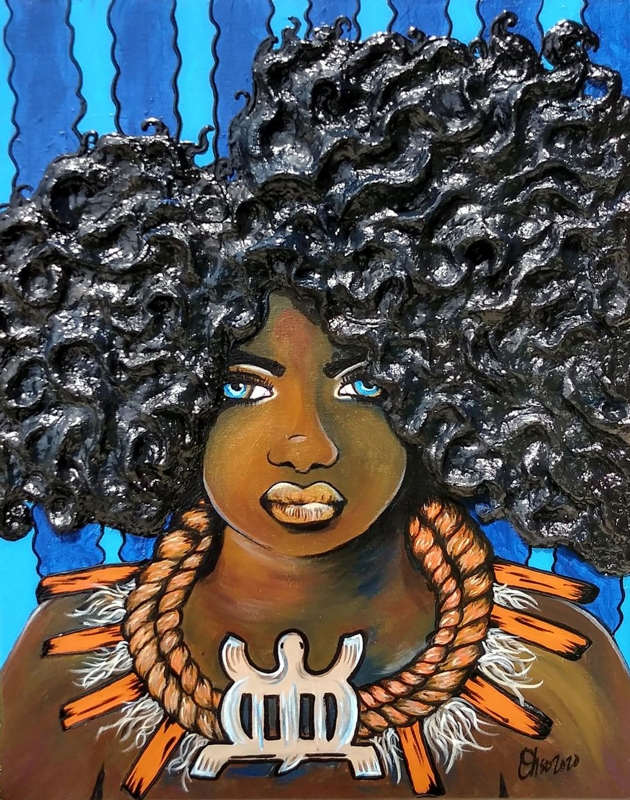 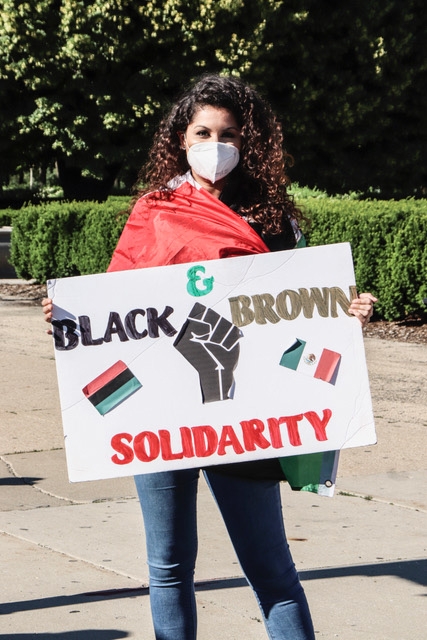 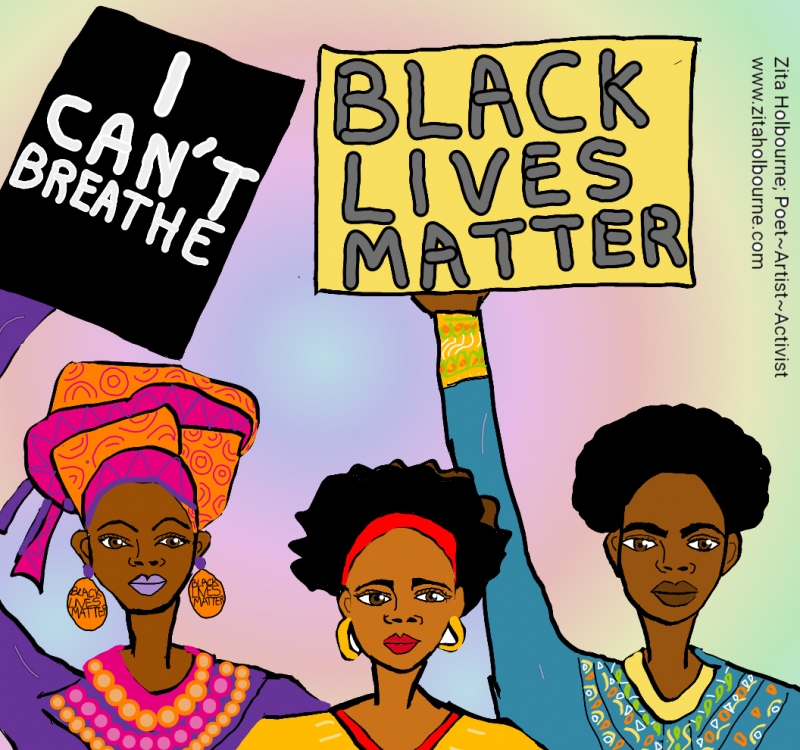 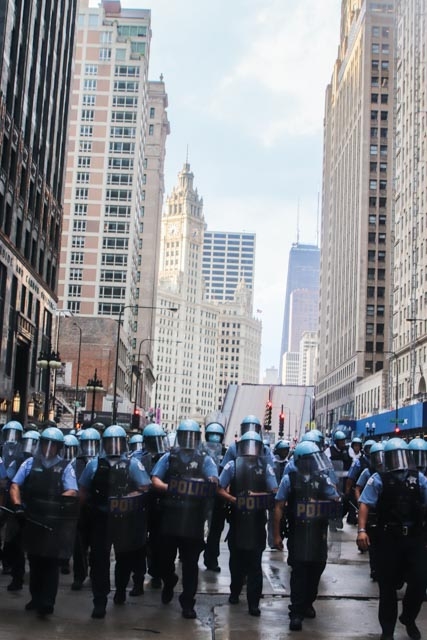 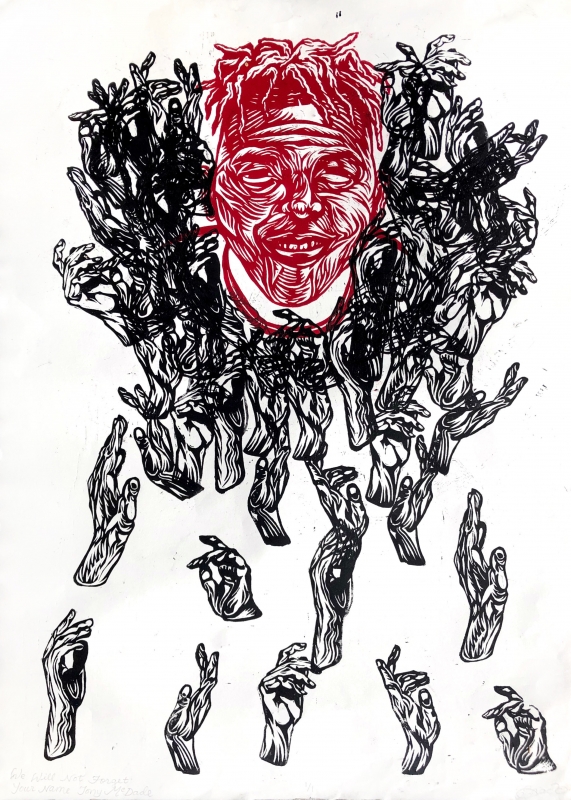 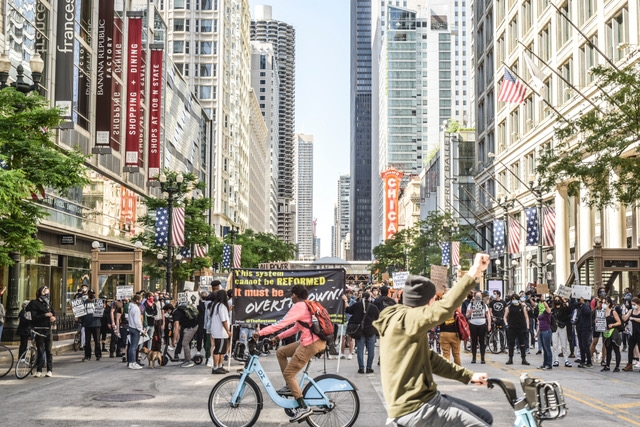 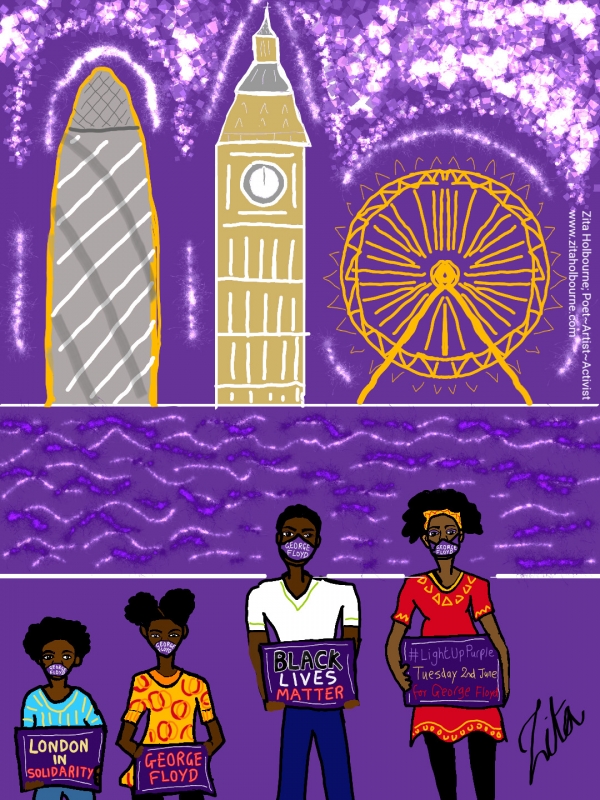 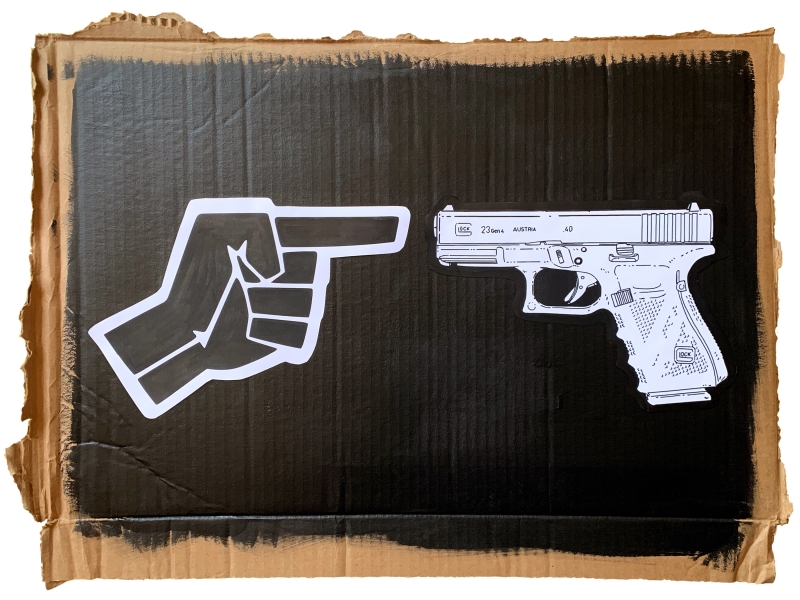 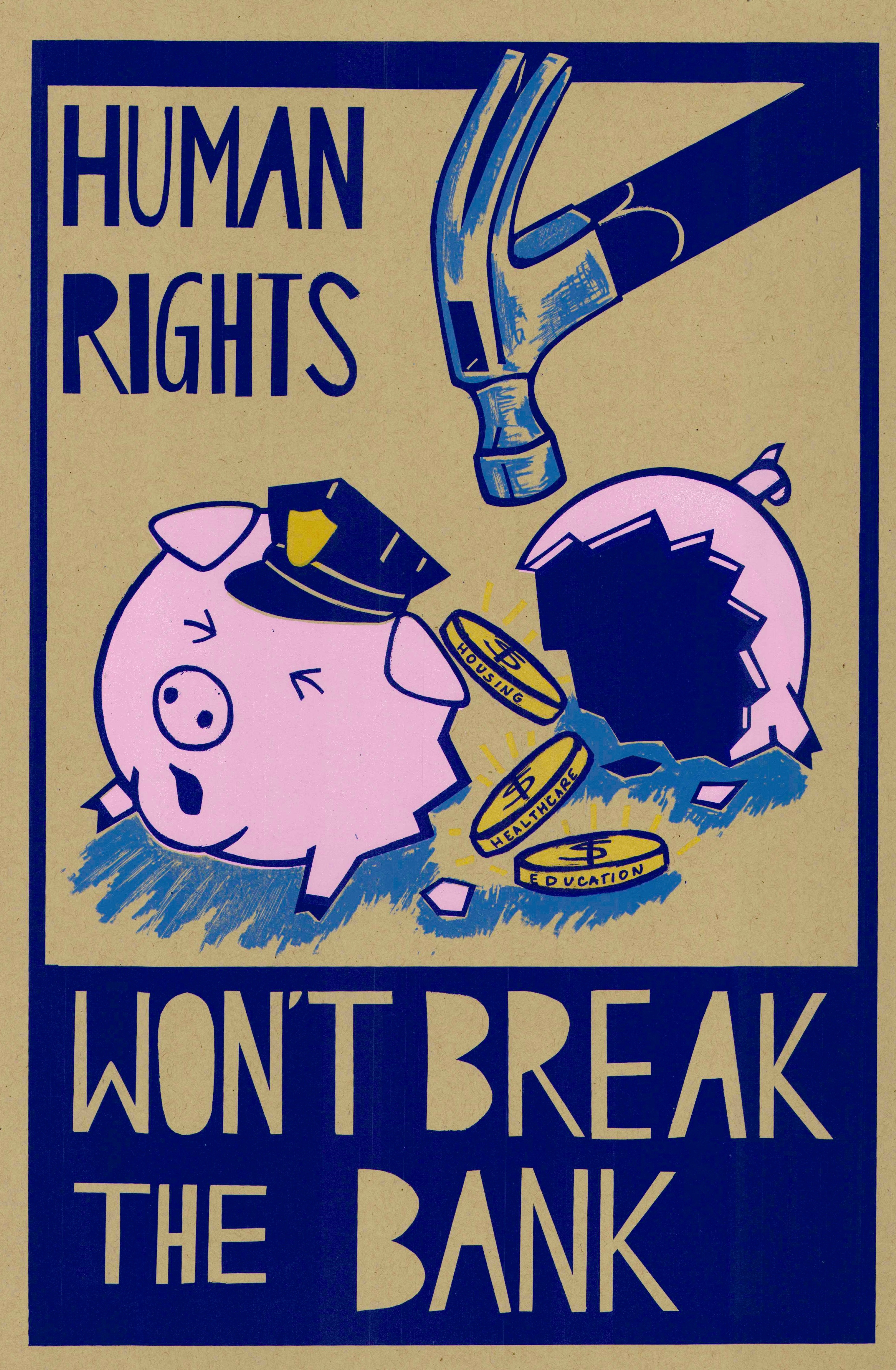 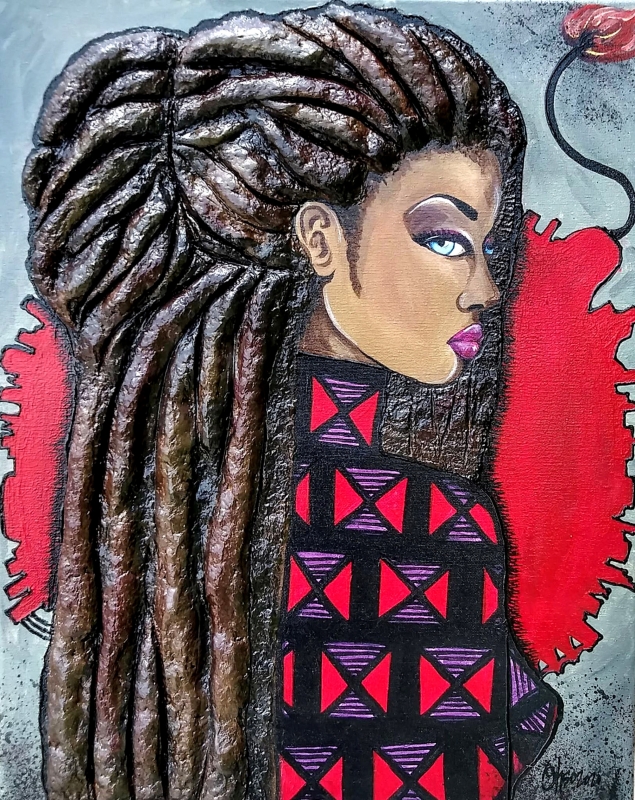 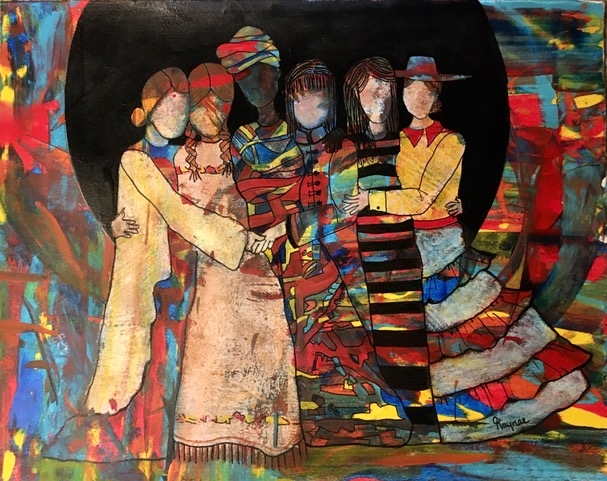 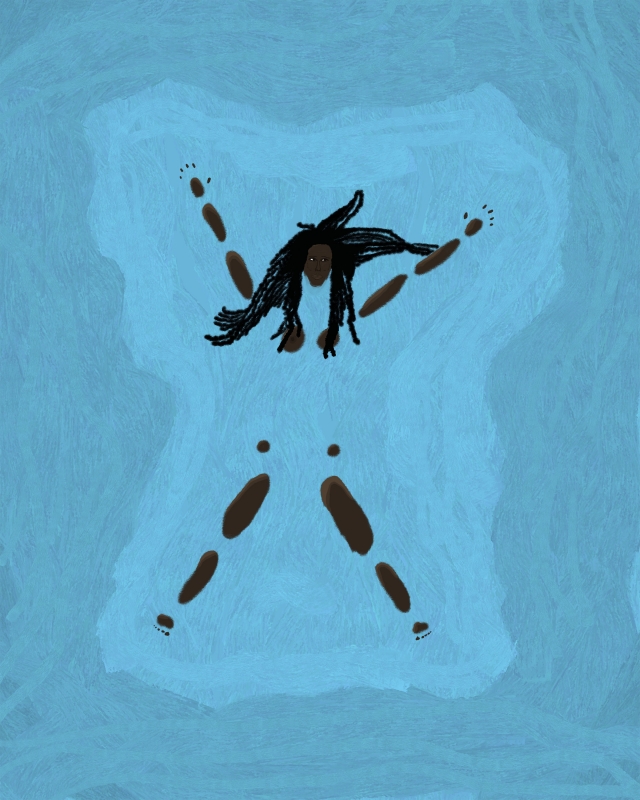 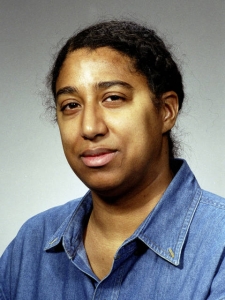 What does Freedom mean? What does equality mean? These pieces all discuss freedom, oppression, and equality in stark terms. They make the invisible visible. Art shows us the localized diversity and multiracial nature of the Black Lives Matter Movement. This show also shows us the strength of democracy, and how much we yearn for it.

In this time of Civil Rights 2.0, local, leaderless movements for equality emerge, morph, and adapt. What was started by three queer women has become an international movement for equal treatment under law, equal rights, anti-discrimination, and bodily autonomy against the literal encroachment of corrupted governmental forces. It is literally fighting corruption in the streets.

These works, which harken to the Harlem Renaissance, the Black Arts Movement, and the social consciousness art of the 90s, encompasses the yearning for equality. They show us what the wish for equality looks like. They show us how far we have come, and how far we have to go. Harkening to Romare Bearden, Jacob Lawrence, Synthia St. James, Basquait, Faith Ringgold, Augusta Savage, Lois Mailou Jones, Michael Ray Charles, etc  and in multiple mediums, these pieces encompass the freedom movements of today. This is the face of freedom through the eyes of an American psyche.

Dr. Selika Ducksworth-Lawton is currently a Professor of history at University of Wisconsin-Eau Claire.  Dr. Ducksworth-Lawton is a specialist in Twentieth-Century African American Military, National Security, and Civil Rights History. She works in the intersection of race, national security, civil rights, and protest. Her book, Honorable Men: Armed Self Defense and the Deacons for Defense and Justice, is under contract with University Press of Mississippi and expected in press early next year.  Honorable Men describes how African Americans veterans in the Deacons for Defense and Justice combined their military service knowledge with an African American vision of republicanism and citizenship to create a militia in Louisiana that successfully fought the Klan in the 1965-8 activists and protects white and African American Congress of Racial Equality activists. Dr. Ducksworth-Lawton is the co-author of Minority and Gender Differences in Officer Career Progression.   She is working on a new book on the impact of culture and geography on the activists’ choices between non-violence and armed self-defense in several states in 1964-1967.  She earned her PhD in 1994 from Ohio State University in 20th Century military and African American History.

Message from Co-Curator Rose Dolan-Neill
This exhibit started with an idea, give voice to artists exploring the Black Lives Matter movement. It became a much more holistic approach to telling the story of where this movement began.

The artwork on display spans many decades, even centuries of oppression: there are roots being exposed and ideas of race relations being discovered. I came to the realization that this exhibit was not just about the current Black Lives Matter movement, it was about racism and oppression, slavery and justice, healing and worrying for the future.

Many thanks to our guest juror, Dr. Selika Ducksworth-Lawton, who spent endless hours pouring over submitted artwork from artists across the globe. Their ideas where transferable to imagery, and Dr. Ducksworth-Lawton’s passions are on view through her work with many national and local social justice groups. She works tirelessly organizing marches that rally to promote change. She speaks passionately about race relations, and reaches out to opposition groups to bridge dialogue and work together. We at Pablo Center are honored that she chose to jury this exhibit and thrilled by the work she selected.

Through the viewing of art in our virtual exhibits on our website, we can all have a common experience. We can gain an understanding of our community and our humanity by scrolling through the images of artworks that have been created by our region’s top artistic minds. We can reach audiences from across the world and those communities close to home that might not get to come into Pablo Center that often. Please be sure to read through the artistic statements and biographies of the artists on display, these words will add to the enjoyment and appreciation of the artwork and may give you further reason to purchase a work of art from Pablo Center. Who knows, it may even inspire you to take the next steps in your creative endeavor.
Interested in purchasing a work of art?
Interested in a work of art exhibited in one of our virtual galleries or exhibits? It may be available for purchase. To purchase a work of art, contact Rose, our Visual and Literary Arts Manager.
All artwork pricing is set by the artists and is non-negotiable and non-refundable. All artwork sales are by commission with Pablo Center at the Confluence. Your purchase supports our endeavors to present quality visual art programming that is free and open to the public.