The project should easily be accomplished by ages 4 and up with help from a parent or guardian.

Have you ever seen a beanstalk before? Inspired by “Jack and the Beanstalk”, this week ARTmobile@home will be creating our very own beanstalk as we learn about one of the oldest known folk tales!

Kids will have the opportunity to learn about the importance of oral stories and folk tales while honing their motor skills using scissors, markers, and paint. 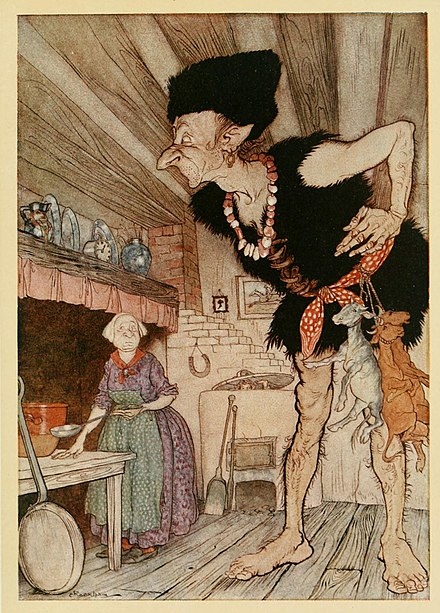 The earliest printed version of Jack and the Beanstalk was published in England in the 1730s as The Story of Jack Spriggins and the Enchanted Bean, in a satirical collection of folktales. It circulated widely in "chapbooks", the popular English publications printed on a single, folded sheet of paper, illustrated by crude woodcuts and sold for a few pence by pedlars or "Chapman".

In some versions, Jack is an almost chivalric figure, overcoming adversity, slaying giants, and surviving trials like any medieval knight; in others, he is a cunning trickster figure who outwits the giant. The version of Jack and the Beanstalk most popular today is based largely on Joseph Jacobs's English Fairytales (1890) in which Jack is a simpleton, constantly belittled by his sharp-tongued mother for being a lazy good-for-nothing.

Folktales of different cultures have an important place in history, storytellers have passed down tales to be shared by the members of a community, some purely for entertainment and others used to transmit a society's customs, attitudes, values to the next generation. Folktales allow people to experience one of the ways a society develops a sense of moral behavior in its children and was most likely the intent behind the original telling of Jack and the Beanstalk.
Art Materials Needed