Michael Perry and The Long Beds 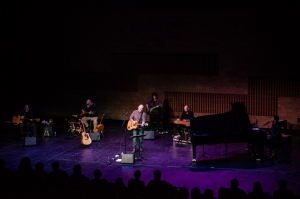 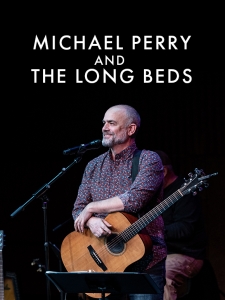 Performing LIVE from the Jamf Theatre straight to your home, Michael Perry and The Long Beds kick-off the fall Pablo Streams series Saturday, October 3 at 6:30 p.m. in a concert series created for a 2020 world.

About Michael Perry and The Long Beds

Perry began writing songs in the early 1990s during long nights when he was struggling to survive on prose (he is the author of numerous books including: Population 485, Truck, The Scavengers, and the New York Times bestseller Visiting Tom). With no arts background (he has a nursing degree) he found himself drawn especially to the work of poets and singer/songwriters. (In interviews Perry tends to list his greatest literary influences as Dylan Thomas and Steve Earle – and not necessarily in that order.) “I remember writing late one night and hearing a Kevin Welch song with the line, ‘I whiskey’d up my coffee cup... sittin’ here tryin’ not to call you up,’” says Perry, “and I was floored by the rhythm and the story in that single line...” He began writing songs as a way to break up all-night typing sessions, and eventually he had enough of them that a musician friend invited him to play a coffee shop. “I’m not saying I was nervous, but I ripped out a sixty-minute set list in thirty-two minutes flat,” says Perry. By 2004, he had begun recruiting Long Beds. In 2006, he released his first album, Headwinded.

Most of us have never attended a virtual performance, so here is the breakdown on how to register for and attend these events:
- Follow the registration button.
- Fill out the registration form for the event on the page.
- Once you registered, you will receive an email with event information and a link to join the livestream.
- The livestream will be accessible on any browser using the Perigon link provided in the email.
If you have any problems, questions or concerns, please contact us at info@pablocenter.org.