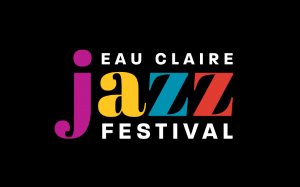 Morrison and O’Farrill have gained recognition across the globe for their incredible skill and style. They’ll share the stage with UW-Eau Claire’s Jazz Ensemble I in a show that also features student category winners from the Jazz Festival happening at UW-Eau Claire that weekend.

First gaining prominence in the USA as 16-year-old at the Monterrey Jazz Festival, Morrison’s audiences have since included multiple U.S. presidents and Queen Elizabeth II. Known for his mastery of the trumpet, this Australian multi-instrumentalist started playing piano at age six and boasts skill on many instruments, including the trombone, flugelhorn, saxophone and double bass. Morrison was featured on the world stage when he composed and performed the fanfare for the 2000 Olympic Games held in Sydney, and has twice served as Artistic Director for the Queensland Music Festival. In 2015, he opened the James Morrison Academy of Music at the University of South Australia. Audiences say his wide musical versatility leaves them overjoyed and inspired, and he has shared the stage with legends including Ray Charles, B.B. King, Dave Brubeck and Quincy Jones.

O’Farrill is a pianist, composer, and educator, who was born in Mexico and grew up in New York City. His professional career began with the Carla Bley Band, and he has been featured as a solo performer with artists including Dizzy Gillespie, Lester Bowie, Wynton Marsalis, and Harry Belafonte. In 2007, O’Farrill founded the Afro Latin Jazz Alliance, a non-profit organization dedicated to the performance, education, and preservation of Afro Latin Music. Arturo’s well-reviewed and highly praised “Afro-Latin Jazz Suite” from the album CUBA: The Conversation Continues took the 2016 Grammy Award for Best Instrumental Composition and the 2016 Latin Grammy Award for Best Latin Jazz Album.

The 58th Annual Eau Claire Jazz Festival is presented by Eau Claire Jazz, Inc. in partnership with the University of Wisconsin-Eau Claire. We welcome students and the community to join this year's Concert Series to experience these world-class artists at the beautiful Pablo Center for the Confluence.

Tickets start at $25 plus fess and taxes. | Students receive $10 off any ticket with ID.