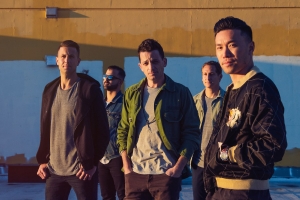 The implications of this secret have become downright mythic over the years since their first performance at a middle school talent show. Tens of thousands of hours later, they sold out Madison Square Garden for the first time in 2006 only to repeat this feat the next year. Along the way, two singles—“Love and Memories” and “Peace”—and the live album Any Time Now went gold as “Shattered” achieved platinum status. The 2011 anthem “Heaven” emerged as their most successful song on the West Coast. 2019’s The Mighty marked the group’s third consecutive Top 15 debut on the Billboard Top 200. Piquing the curiosity of media, they’ve incited think pieces by everyone from the New York Times to Sports Illustrated and performed on The Today Show, The Tonight Show, Live with Kelly and Ryan, and the Special Olympics Opening Ceremony, the ESPYS, and more. They did it all on their own terms.

Beyond indulging their own community, O.A.R. gives back as well. The band’s Heard The World Fund supports youth, education, and the under-served in the United States, raising, and contributing millions to benefit various schools, students, and organizations. They established a scholarship at their alma mater, the Ohio State University, and provide scholarships to veterans and gold star families via Folds of Honor. The Concert For Dreams, performed at NYC’s famous Beacon Theater, raised north of $1 million for Garden of Dreams. Additionally, the band has gone to bat for causes, including Connor’s Cure, standing up to pediatric cancer, raising and donating over $100,000.