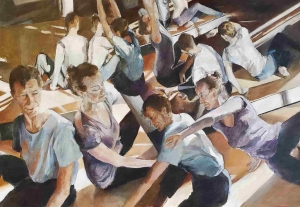 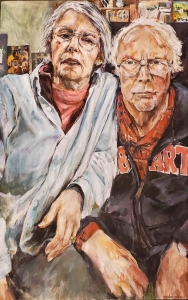 Barbara and Anders Shafer are self-described as two artists from Eau Claire. Barbara Shafer’s current work concentrates on the human form, influenced by dance and the patterns of dark and light falling upon a figure. Using imagination-memory, Anders Shafer creates storyboards depicting the lives of artists he admires or historical events that have captured his interest. Two masters of their craft in exhibition.