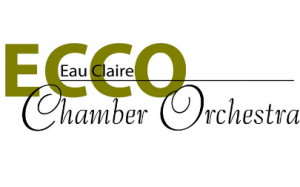 This fall, ECCO will be showcasing several of Beethoven’s best works for your enjoyment. Included will be Overture to Coriolan, written for dramatist Heinrich Joseph van Collin’s tragedy Coriolan, which explores the struggle between a path of war and another of peace and compassion. This will be followed by Beethoven’s Violin Concerto and Symphony No. 2.

A young artist with a unique voice, violinist Eunice Kim has been proclaimed “just superb” by The New York Times and “a born performer” by Epoch Times.

A native of the San Francisco Bay Area, the award-winning violinist has been featured soloist with many orchestras including The Philadelphia Orchestra, Louisville Symphony, Saint Paul Chamber Orchestra, the Seongnam Philharmonic, Bakersfield Symphony, and the Albany Symphony Orchestra, with which she recorded George Tsontakis’s Unforgettable, released in 2017 on Naxos Records. She made her solo debut at the age of seven with the Korean Broadcasting Symphony Orchestra.

See all 5 of ECCO's performances for only $105 plus fees.